We fought to stop the criminalization of drugs, immigration, and poverty in our community – and we won powerful victories!

In a single generation incarceration rates in the US have increased 500%, with Black and Brown communities as the targets. Change starts by electing local officials — sheriff, district attorney, and judges — who commit to ending the criminalization of drugs, immigration, and poverty.

In 2018 and the beginning of 2019, our Decriminalize Durham campaign confronted practices around policing, incarceration, and deportation, while developing justice-based alternatives. We powered to victory candidates for sheriff, district attorney, and local judgeships who have committed to work towards ending mass incarceration and deportations. And we initiated a co-governance model during the Sheriff and DA’s first 100 days in office.

Not only did every candidate endorsed by Durham for All win, but their commitments reflect our principle of Sanctuary for All! The Sheriff refuses to cooperate with Immigration & Customs Enforcement (ICE). The DA wants to end War on Drugs prosecution practices that target people of color and the poor. And the judges want dramatic bail reform. These changes will improve the lives of thousands in our community.

Here’s what else we accomplished with our Decriminalize Durham campaign:

In partnership with SpiritHouse and Forward Justice, we established the Transformative Justice League (TJL) as an intensive leadership development program for five justice-involved fellows. During the First 100 Days in office for our District Attorney and Sheriff, TJL was the vehicle for a community co-governance process that shaped the policy priorities of the officials we powered into office.

Together, we won significant commitments from our new elected officials: 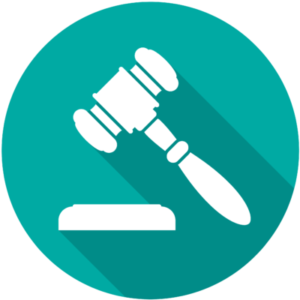 We endorsed and Durham elected Satana Deberry as District Attorney!

We endorsed and Durham elected Clarence Birkhead as Sheriff. 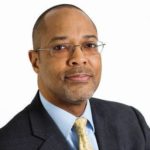 Hall is strongly aligned with our 10K Strong principles and will fight mass incarceration. We are particularly excited about his critique of money bail and commitment to ending oppressive fines and fees. He has a long history of social justice legal work. Hall worked as a civil rights attorney for the Southern Coalition for Social Justice and has been in coalition with various groups fighting to decriminalize Durham, including FADE and All Of Us or None. Hall has worked directly on issues such as record expungements, driver’s license restoration, housing, and employment. 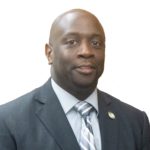 We cautiously endorse Clayton Jones. We are encouraged by his analysis of the ways that fees are being used to balance budgets on the backs of the poor. We are also encouraged by his commitment to not assigning fees in cases where defendants are unable to pay. Moreover, we appreciate that he wants to expand pre-trial diversion programs and reduce the amount of secured bonds. Based on his questionnaire and interview, we feel Jones lacks a radical critique of mass incarceration and once in office will need to be engaged by directly impacted people and their allies. 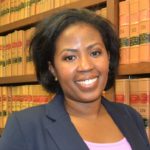 Davis’ boldness and excitement set her apart. She has worked on both sides of the legal system as a public defender and prosecutor which has provided her with a clear institutional analysis of mass incarceration. Davis understands the limits and opportunities of the positions of prosecutor, defense attorney, and judge. In particular, she is detailed in explaining how she will use the role of judge to push herself and the other attorneys in the courtroom to consider equity and the future of our communities in each decision they make. Davis talks about confronting mass incarceration by charging less fines and fees, putting less people behind bars before and after trial, and recognizing the rights of undocumented people at each stage of the criminal system. We feel that Davis is willing to take the risks necessary to decriminalize Durham, and we are excited about the ways our own values align with her vision of a superior court judge. 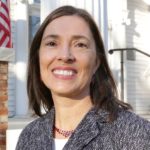 Earls has spent decades as a lawyer for social justice. She led the case that defeated Republican attempts to rig our voting districts, and the case that led to striking down the voter ID law, an effort to suppress the votes of working people, people of color, and young people. She will play an important role strengthening a Democratic majority on the state supreme court.

Durham for All requested questionnaires from candidates in the following contested, local races. Follow the links to read on!

They work entirely in Durham and make decisions for the following kinds of cases:

These judges serve in multiple counties and make decisions for the following kinds of cases:

The state supreme court is the highest court in North Carolina and has the power to overturn decisions of lower courts and the power to undo racist and unconstitutional laws that the Republican General Assembly passes. The court and it currently has a 4-3 Democratic Party majority.

District Attorneys are the most powerful actor in the legal system. They decide how to charge people brought to court. They decide if people face felonies or misdemeanors. With these powers they can put an end to many of the policies and practices that have led to the unjust, discriminatory, and destructive incarceration of our communities.

Learn more about the power of district attorneys. Check out what progressive DA’s are doing around the country.

We want a DA who will advance justice and protect all of Durham’s communities. That means taking a stand to:

Read the full description of the coalition demands for District Attorney that Durham for All adopted.

We are excited that Deberry and Echols believe in ending mass incarceration and commit to stopping the over-prosecution of minor offenses.

Deberry, however, has committed to the boldest approaches, including refusing to prosecute marijuana possession except in trafficking cases. Echols has already implemented important programs for diversion and alternatives to incarceration. Meier, however, is not committed to ending prosecution of people for “quality of life” conduct like urination that is the result of poverty and homelessness.

All candidates believe that the cash bail system unfairly punishes poor people who have not been convicted of a crime and have committed to its reform. All candidates also are committed to ensuring that the rights of non-citizens are protected and refugee and immigration status are taken into account when deciding how to use prosecutor power.

All candidates committed to meeting with a committee of our coalition to ensure accountability. Only Deberry has committed to requiring prosecutors seeking incarceration to state and justify the costs of imprisonment.

Our Endorsement, Our Victory

We endorsed and Durham elected Satana Deberry for District Attorney! The term begins in January 1st, 2019.

The Durham County Sheriff serves eviction notices, runs the jail, and decides how to interact with Immigration & Customs Enforcement (ICE). Elected county sheriffs have the ability to adopt policies and practices that will both reduce mass incarceration and stop the revolving door of people moving in and out of US prisons.

Learn more about the power of local sheriffs. Check out what a progressive sheriff did in Louisiana.

We want a sheriff who will reduce jail populations, increase public health and safety, treat all people fairly and humanely, and ensure that tax dollars and community resources are wisely spent. That means taking a stand to:

Read the full description of the coalition demands for Sheriff that Durham for All adopted.

Birkhead has committed not to honor ICE detainers and to evaluate all contracts with companies providing jail services, beginning with the mental and physical health contract.

In the past year, under Sheriff Andrews, there have been 6 preventable deaths in the Durham jail, continued coordination with ICE, and serious problems with the company providing healthcare. Andrews has refused to address these issues.

Birkhead has committed to deprioritize low-level misdemeanors, including low-level drug offenses. While Birkhead is not committed to removing deputies from public schools, he has promised to end the practice of using sheriff deputies for school discipline issues.

Andrews did not return our calls, but has publicly criticized decriminalization efforts and attacked Birkhead for taking a stand to end mass incarceration.

Birkhead has believes that the cash bail system is wrong because it keeps poor people in jail simply because they can’t afford to pay their way out. He has committed to advocacy to eliminate or minimize cash bail.

Andrews has taken no public position on ending the cash bail system.

Our Endorsement, Our Victory

We endorsed and Durham elected Clarence Birkhead for Sheriff! The term begins as we head into the new year.

Commit to Vote Together!

Voting is too often experienced as isolating and disempowering. Together, we can transform voting into a collective practice and ritual to show and feel our people power!

How? Every local election, our main campaign culminates in a rally and march to the polls.

Complete this Vote Commitment form to join our community as we vote together on October 20th! Can’t make it? Fill out the form to commit to create a vote plan during early voting!